The physical definitions of light, energy and heat describe defined areas of the electromagnetic spectrum. The area relevant to architectural glass in connection with light and solar energy falls within a 300 – 2.500 nm (0.0003 – 0.0025 mm) wavelength. 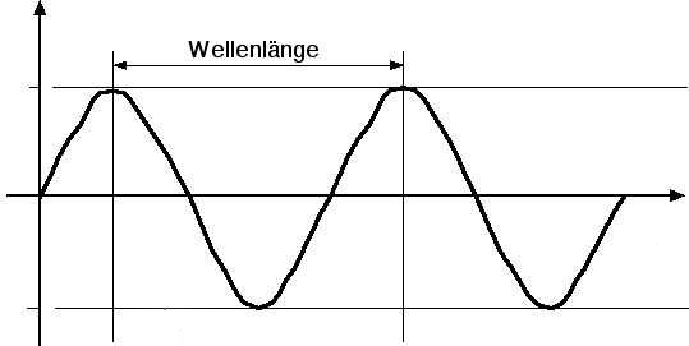 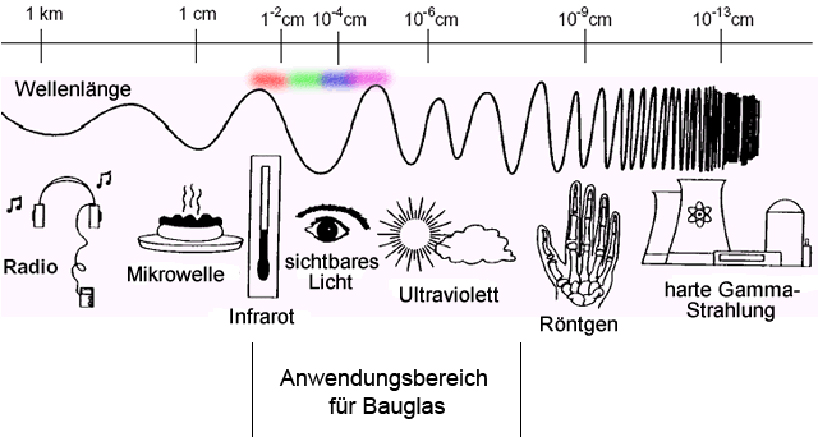 The small area of the solar spectrum that can be seen by the human eye is called (visible) light. If the unbroken (visible) light hits the human eye, it is perceived as white light. It is, however, composed of a light spectrum where the various wavelengths – each representing a defined energy – flow into each other:

When light hits an object, the object absorbs part of the energy spectrum. ; gGlass, however, transmits light, reflecting the rest of the energy. Depending on the nature of the object, certain wavelengths are reflected and others absorbed. The eye perceives the reflected color as being the colour of the object.
Artificial lighting can cause colour misinterpretation due to missing wavelength ranges. A well-known example is low-pressure sodium vapour lamps. Since they lack the blue, green and red wavelengths, everything appears in monochromatic yellow tones.

The radiation emitted by the sun that strikes the earth is called solar energy. This wavelength range has been defined through international standardisation (EN 410) as ranging from 300 to 2.500 nm and includes the UV, visible light and near infrared light categories.
The worldwide accredited global radiation distribution curve (acc. to C.I.E., Publication No. 20) shows the intensity of the total solar radiation in its respective wave ranges. Fifty-two percent of these wavelengths are visible and forty-eight percent are invisible. 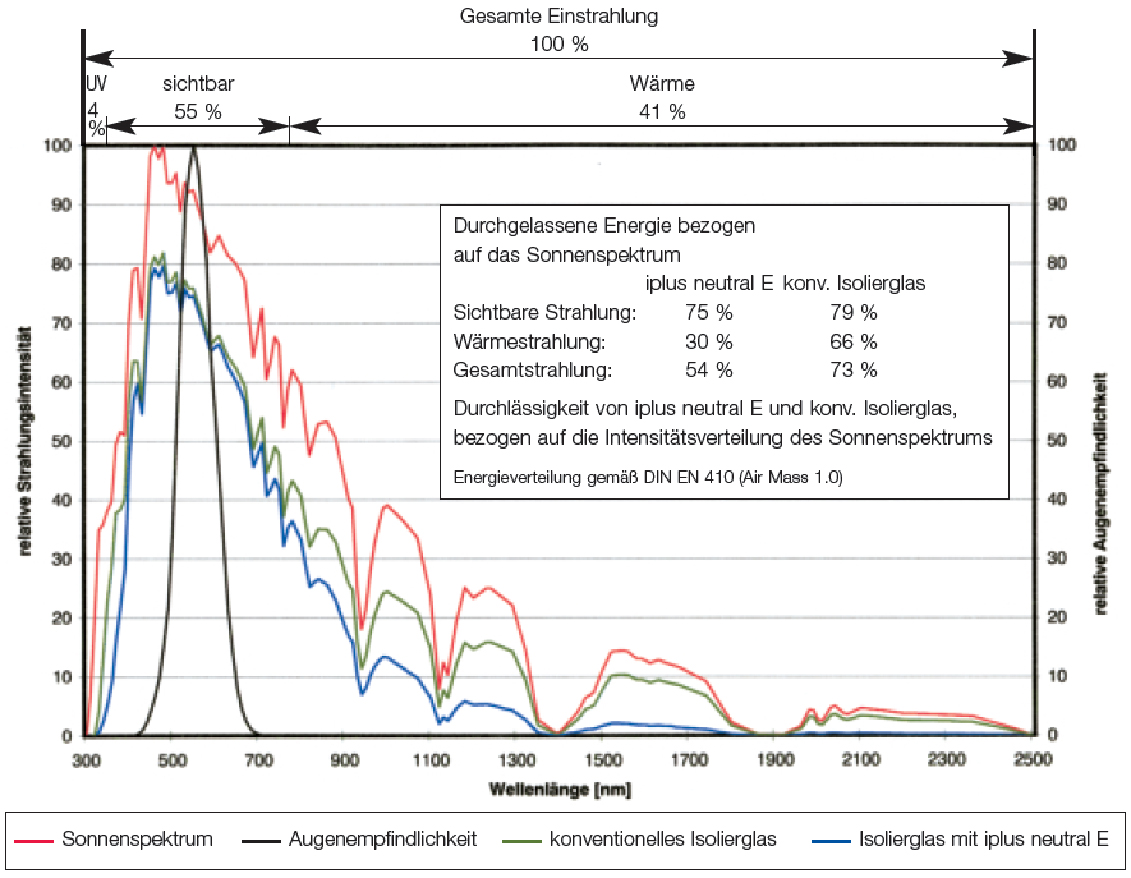 The shorter the wave length, the more energy is transported. That means that there is a considerable quantity of energy in the visible portion of the radiation. Therefore, light and energy cannot be separated from each other. This is a critical aspect in using and improving architectural glass.
Important properties that are so critical for characterizsing the nature of architectural glass such as solar energy transmission, reflection and absorption and the total energy transmittance, can be derived from the solar energy in the global radiation wavelength range of (300-2500 nm) and their interactions with glass (see > chapter 5.4).

Heat and heat radiation are a wavelength range that is not part of the solar spectrum. Heat radiation has far longer wavelengths and is in the far infrared range. In the European standard EN673, this range is defined as being between 5,000 and 50,000 nm.
Its interaction with heat defines the insulation characteristics of architectural glass, which are influenced by heat radiation, heat conduction and convection. The Ug value – the coefficient of the heat conductivity – is the fundamental characteristic for judging the glass construction material’s heat insulation capability (see > chapter 3.5).

The wave range between 315 and 380 nm are known as the UV-A rays. If the intensity is too great, this radiation has not only a more or less destructive impact on the skin but also for many other elements (paintings, sealing material etc.). Normal insulating glass with 2 panes reduces this radiation by more than 50 %, and when combined with laminated safety glass, the radiation is almost completely filtered out (see > chapter 7.4).

Another interesting range of the light spectrum falls between approx. 500 and 1,000 nm, where certain semiconductors are able to generate electric current out of solar radiation. The most popular forms are various silicon crystals that are to be found packed between panes of glass, in numerous façade balustrades and on roofs.
Developments in recent years continue to expand this technology through other n-semiconductors like indium sulphide, which are mounted directly onto base glass on a large scale using the magnetron process. Guardian offers a wide range of these types of coatings for float glass, including special, light-deflecting and transmission-optimizing ornamental glass.